This chapter’s random things from readers are cosmetics from Mary J Melange.  Also even though it was part of a comment, Kirt Tisdale mentioned help, which I thought would be a great thing.

Speaking of random reader things, I could use more.  If you want to leave a random thing — that existed in the Victorian or Steam Era, please do so…

A jewel which has been in my inbox for too long! Let enjoy this wonderful description of the book of life 🙏❤🙏❤🤗

“Your Hell is made up of all the things that you always ejected from your sanctuary
with a curse and a kick of the foot.”

The second chapter of Liber Secundus is entitled “The Castle in the Forest.” It is illustrated by a painting of a castle on water surrounded by dark blue hills. A crescent moon illuminates the scene.  Jung loses his way in a dark forest, which is an allusion to the beginning of Dante’s Divine Comedy (“In the middle of our walk of life, I found myself within a forest dark, for the straightforward pathway had been lost.”) He comes across the castle and decides to ask for lodgings for the night. The owner of the place is an elderly scholar, who is talking to Jung distractedly, awaiting the first opportunity to return to his books.

Jung is assigned a room, where…

Good morning, all, from a wintry Wisconsin! At long last, snow’s found my corner of the Midwest. Biff, Bash, and Blondie had a blast sledding upon our wee hill. It’s the sort of blizzardy day that encourages one to tuck into a blanket and a book–not that I can, with my pile of student projects requiring grades and the kids now planning to convert the house into one giant Gotham City/Sodor hybrid because I was fool enough to leave those old toys out. Still, isn’t it a lovely thought to just wile away the day with a cozy mystery? Or, perhaps an epic adventure into the Elsewhere…

Dark Crystalis a film I’ve only watched a handful of times, and yet I can still remember the awe of my first encounter. Everything glowed, moved, lived. I knew these were puppets, and yet they felt real to me, so real…

No chance men! You can’t just easily pass by.

This woman makes me crazy! It is not surely something new for the whole world; She can make everybody crazy; even the Nazis. and she was a jew.

Just look at her, into her eyes if you dare as a man; I’d consider myself! Theses eyes are very dangerous for the muscular, if you have heard about infinity well that’s it. I will never stop you to be drown in, but just to know you’d never want to come back again. 😊👽💖

She is really one of the highest human (actually Hu-Woman) as I can remember ever seen in my memories; her eyes are hypnotizing; aren’t they?

I have actually once noticed her as a genius philosopher but newly I’ve heard about her again in the radio how she made all the Nazi men confused, I’d just thought; there she is; the Goddess. Why not, what have we, humans got less than Gods? In the all holly books it’s written; God made hu-wo-man as reflection her/himself. or as Shakespeare says as Hamlet;

What a piece of work is man, How noble in reason, how infinite in faculty, In form and moving how express and admirable, In action how like an Angel, In apprehension how like a god, The beauty of the world, The paragon of animals. And yet to me, what is this quintessence of dust? Man delights not me; no, nor Woman neither; Hamlet (1599-1602), Act II, Scene 2,)

Anyway, the Women rock, no doubt! here I present a nice article about this magic woman 😊 I hope you’d enjoy 💕🙏💖🙏

Two of the most trenchant and enduring critics of authoritarianism, Hannah Arendt and Theodor Adorno, were also both German Jews who emigrated to the U.S. to escape the Nazis. The Marxist Adorno saw fascist tendencies everywhere in his new country. Decades before Noam Chomsky coined the concept, he argued that all mass media under advanced capitalism served one particular purpose: manufacturing consent.

Arendt landed on a different part of the political spectrum, drawing her philosophy from Aristotle and St. Augustine. Classical democratic ideals and an ethics of moral responsibility informed her belief in the central importance of shared reality in a functioning civil society—of a press that is free not only to publish what it wishes, but to take responsibility for telling the truth, without which democracy becomes impossible.

A press that disseminates half-truths and propaganda, Arendt argued, is not a feature of liberalism but a sign of authoritarian rule. “Totalitarian rulers organize… mass sentiment,” she told French writer Roger Errera in 1974, “and by organizing it articulate it, and by articulating it make the people somehow love it. They were told before, thou should not kill; and they didn’t kill. Now they are told, thou shalt kill; and although they think it’s very difficult to kill, they do it because it’s now part of the code of behavior.”

This breakdown of moral norms, Arendt argued, can occur “the moment we no longer have a free press.” The problem, however, is more complicated than mass media that spreads lies. Echoing ideas developed in her 1951 study The Origins of Totalitarianism, Arendt explained that “lies, by their very nature, have to be changed, and a lying government has constantly to rewrite its own history. On the receiving end you get not only one lie—a lie which you could go on for the rest of your days—but you get a great number of lies, depending on how the political wind blows.”

Bombarded with contradictory and often incredible claims, people become cynical and give up trying to understand anything. “And a people that no longer can believe anything cannot make up its mind. It is deprived not only of its capacity to act but also of its capacity to think and to judge. And with such a people you can then do what you please.” The statement was anything but theoretical. It’s an empirical observation from much recent 20th century history.

Arendt’s thought developed in relation to totalitarian regimes that actively censored, controlled, and micromanaged the press to achieve specific ends. She does not address the current situation in which we find ourselves—though Adorno certainly did: a press controlled not directly by the government but by an increasingly few, and increasingly monolithic and powerful, number of corporations, all with vested interests in policy direction that preserves and expands their influence.

The examples of undue influence multiply. One might consider the recently approved Gannett-Gatehouse merger, which brought together two of the biggest news publishers in the country and may “speed the demise of local news,” as Michael Posner writes at Forbes, thereby further opening the doors for rumor, speculation, and targeted disinformation. But in such a condition, we are not powerless as individuals, Arendt argued, even if the preconditions for a democratic society are undermined.

Though the facts may be confused or obscured, we retain the capacity for moral judgment, for assessing deeper truths about the character of those in power. “In acting and speaking,” she wrote in 1975’s The Human Condition, “men show who they are, reveal actively their unique personal identities…. This disclosure of ‘who’ in contradistinction to ‘what’ somebody is—his qualities, gifts, talents, and shortcomings, which he may display or hide—is implicit in everything somebody says and does.”

Even if democratic institutions let the free press fail, Arendt argued, we each bear a personal responsibility under authoritarian rule to judge and to act—or to refuse—in an ethics predicated on what she called, after Socrates, the “silent dialogue between me and myself.”

Read Arendt’s full passage on the free press and truth below:

The moment we no longer have a free press, anything can happen. What makes it possible for a totalitarian or any other dictatorship to rule is that people are not informed; how can you have an opinion if you are not informed? If everybody always lies to you, the consequence is not that you believe the lies, but rather that nobody believes anything any longer. This is because lies, by their very nature, have to be changed, and a lying government has constantly to rewrite its own history. On the receiving end you get not only one lie—a lie which you could go on for the rest of your days—but you get a great number of lies, depending on how the political wind blows. And a people that no longer can believe anything cannot make up its mind. It is deprived not only of its capacity to act but also of its capacity to think and to judge. And with such a people you can then do what you please.

Hannah Arendt on “Personal Responsibility Under Dictatorship:” Better to Suffer Than Collaborate

Hannah Arendt Explains How Propaganda Uses Lies to Erode All Truth & Morality: Insights from The Origins of Totalitarianism

Josh Jones is a writer and musician based in Durham, NC. Follow him at @jdmagness

Greetings to all dear friends. I am sorry to begin my lovely day with a tragedy which you’d already know about it. It hit my heart when I heard it and couldn’t get out of my mind since then.

You know, I must share my feeling here with my friends because it is not a plane-crash as any others. Of course, it is true that every such an accident is a heartbreaking tragedy for everyone.

But this one is not the same for me like the others, not because they were mostly fellow citizens. It’s because of my absolute image of their very last thoughts.

Let me tell you a little about how my brother and I left (escaped) from Iran;

After I was arrested, one day when I came home from work, for my protest against an unfounded and groundless inspection on the Tehran streets, my family had succeeded to get me out after a couple of days, by paying a lot of many and I (with my brother Al) got ready to leave but when we reached to the transit, they have arrested us and the plane flew without us (as I remember, even the captain personally came into the transit to take us with, but no chance!) we had a suffering time thereafter but it is another story.

Anyhow, we had got a second try to leave, and I tell you how we spent the last minutes before the plane took off to get into the air; every second took like a lifetime for me till we were free!

You maybe understand now what I mean; their feelings when the plane took off the ground, they have lived in freedom just a very short time, then…

May bless their soul in peace 💖💖😢

I sigh, light my cigarette and turn to you.

Within this dream  I propose let us fly away.

Your eyes so dark

whip my mind into arousal and your

rugged hand  on my  thigh makes me

soft inside and everywhere.

You whisper that my  hair so near

and my lips a crimson darkness devours you.

Against waves of joy and sadness dreams are

hunt hunters and I bury my face in your

chest and you shield me within  bleak arms

to not  see the terror  and we fly away. 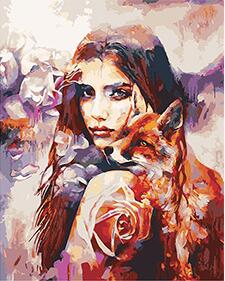