Matrignosis: A Blog About Inner Wisdom

Last time I told you about the documentary I was interviewed for while in San Francisco. A few days ago Jeff Williams, the producer, sent out this newsletter. He’s also a geologist, and the subject of the documentary. He’s been on a hero’s journey for 20 years, following his passion as a result of a synchronicity that changed the direction of his life.

His goal is to see if he can find evidence of the earthquake around 30 AD which the Bible links to the crucifixion of Jesus on the weekend of what Christians now call Easter. He’s not doing this for religious reasons, but because he and Marco, the director, are fascinated about what the symbolic meaning of this would be from a scientific and mythical perspective. As you’ll see from his letter, the tentative title of the documentary is “Crucifixion Quake.” He’s got some exciting news… 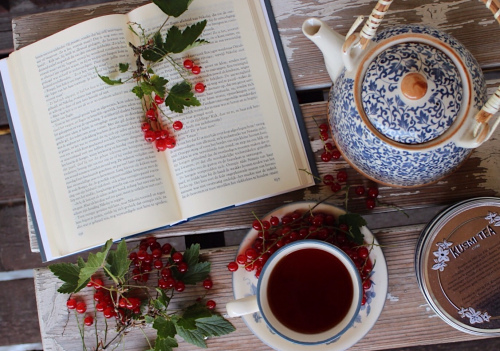 After the hunt the young Rostovs come along with Uncle to his authentic Russian wooden house. Uncle isn’t married and from an impoverished branch of the family. He lives alone with his serfs. As soon as he gets home, he changes into a Cossack coat, blue trousers and boots. Nicholas and Natasha are so full of expectations and in such a happy mood, that they can only look at each other and burst out laughing. Now that the hunt is finished, Nicholas can act normally again with his sister. Petya has fallen asleep on the sofa. The housekeeper Anisya brings in the most delicious dishes, all prepared by herself. From her countenance Natasha and Nicholas soon conclude that she is not just Uncle’s housekeeper.

The young Rostovs savour the local dishes while someone in…

In the late thirties the Chilean Surrealist artist Roberto Matta painted a series of large canvases that he called inscapes: imaginary landscapes that were a projection of the internal psyche. Using the techniques of surrealist automatism and displaying his interest in non-Euclidean geometry Matta’s inscapes are vast, visionary cosmic dramas.

Along with many other Surrealists he emigrated to the United States in 1939 to escape WWII and would live there until 1948. While in New York he would, along with  his fellow Surrealist Arshile Gorky (see Nighttime, Enigma and Nostalgia) influence an emerging generation of young American artists, the Abstract Expressionists, including the pioneers Robert Motherwell and Jackson Pollack. Matta would be expelled from the Surrealists due to his affair with Gorky’s wife, which the Surrealist believed contributed to Gorky’s tragic suicide.

It’s a repetition of the recurrence
Don’t believe the hype
This ain’t no singularity
Nowt new beneath
The gaudy painted disk
That meanders monotonously
Against the banal backdrop
The Ingenue is always searching
In other people’s bathroom cabinets
And the Melancholy Lieutenant
Is eternally on the verge
Of nodding off, drifting away
To a place that only exists
Within the confines of his skull
While the Rebel is forever swerving
Just a fraction too late
On the rain slick Parisian street
The serpent eats it tails
So that whatever happens
Happens again just so
Everything returns
Exactly as it was
And there is no end in sight
Because there was never
A starting point to begin with
It’s the recurrence of a repetition

Greenland is a mysterious land mainly covered in ice and not much is green. During prehistoric times the early Paleo-Eskimo  2500 BC – 800 BC lived there. Southern and Western Greenland was inhabited by the Saqqaq culture. The early Saqqaq artifacts were found at Disko Bay located on the western side of Greenland. Surprisingly Greenland is the largest island in the world!

Around 800 BC, the Saqqaq culture disappeared and the Early Dorset culture emerged in western Greenland and the Independence II culture in northern Greenland. The Dorset culture was the first culture to extend throughout Greenland’s coastal areas, both on the west and east coasts. It lasted until the total onset of the Thule culture in 1500 AD. The Dorset culture population lived primarily from hunting of whales and caribou. They were a peaceful people. In 986 Icelanders and Norwegians settled the west coast convinced by Erik the Red that Greenland…

One of my favorite Gaelic legend is about the infamous, Ellén Trechend in 8th to 9th century Irish mythology and is also known in Gaelic as Aillén Trechenn .

Strong minded women have in the past been considered some sort of threat to insecure men in our society. Even in the past a character such as Ellén Trechend was given a bad rap. She was known in legend as a triple-headed monster (most likely a woman with her own opinion) that is mentioned in the text “Cath Maige Mucrama”, (The Battle of Mag Mucrima) as having appeared from the cave of Cruachan (Rathcroghan, County Roscommon) accompanied by goblins and a flock of copper red birds, helped to destroy Ireland and create chaos among the Irish folk. This monstrous creature according to an array of authors claim that the…