A Voice from Iran

One day, when they were sitting together the old lady said: “I wish you could buy me a comb, so I could comb my hair.

It is very hard to keep my long hair neat without combing it. It is very messy and doesn’t look good at all.”

The old man sighed loudly and replied: “My dear, I am so sorry that I was not able to buy you a comb. I don’t even have money to buy a wrist band for my watch. It’s been ripped for a long time.”

That night the couple stayed silent for a long time and didn’t sleep well.

The next day after work the old man took his watch to several shops to sell.

Thrift stores rejected him and said that it didn’t worth a penny. He begged the…

via The Egyptian Ogdoad: The World Before Creation.

Weaving was an important skill in many cultures around the world, allowing humans to create textiles from natural fibers found around them. For those readers that weave, they will know the magical feeling of creating that comes from weaving, knitting or the like. The creation of an object out of seemingly nothing; that two simple strands of thread can be woven into magical patterns. Weaving becomes a metaphor for creation: we weave our way through our own lives, tangling with the threads of others. Words woven together become stories and songs with which we can share our experiences of existence.

Now, there isn’t a single mythology that doesn’t love a metaphor, so here a few ways that weaving has been used to tell our stories.

We have previously written about the Fates of ancient Greek and Roman mythology. The three sisters that weave in the underworld, doling out the threads…

I told you yesterday I’ve been enjoying some light, frothy, sunny-weather reading in the form of Siegfried Sassoon’s 1930 tale of the horror and drudgery of World War I: Memoirs of an Infantry Officer. 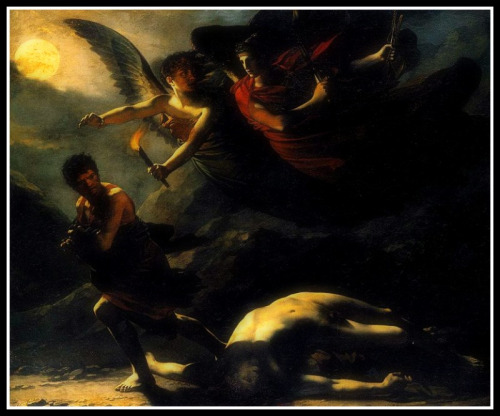 Nemesis (In Greek νέμειν némein, meaning “to give what is due” was the spirit of divine retribution against those who succumb to  Hubris (arrogance before the gods).

She was also known as Rhamnusia. Another name for her was Adrasteia, meaning “the inescapable.”

Nemesis directed human affairs in such a way as to maintain equilibrium.

Her name means she who distributes or deals out.

She was related to the ideas of righteous anger, due enactment, or devine vengence.

The Greeks personified vengeful fate as a remorseless goddess: the goddess of revenge and righteous indignation.

Happiness and unhappiness were measured out by her, care being taken that happiness was not too frequent or too excessive.

Nemesis has been described as the daughter of Zeus.

But, according to Hesiod, she was a child of Erebus and Nyx

There is no doubt that the Art must be timeless because, in the matter of fact does never belong to any kind of time, country, culture, or all kind of grouping. it is a kind of creativity which we have been given by God, or our creator or what so ever might like to call.  Anyway, as you see, the creator has created the hu-wo-man and has given a small part of its soul that the hu-wo-man gets her or his fun! after all here comes Shakespeare; I really think that he was not a normal human being.. he was wide more than that! Therefore, we might do more research to understand him better and better.;

“”One of the favourite reference books on my shelves isn’t a style guide or dictionary but a collection of insults. And not just any collection of insults, but Shakespeare’s Insults for Teachers, an illustrated guide through the playwright’s barbs and put-downs, designed to offer comic relief to the beleaguered educator. (Books and websites about Shakespeare’s insults almost constitute a genre in themselves.) I refer to this slim, humorous hardback every time discussions of Shakespeare get too ponderous, to remind myself at a glance that what readers and audiences have always valued in his work is its lightning-fast wit and inventiveness.

While perusing any curated selection of Shakespeare’s insults, one can’t help but notice that, amidst the puns and bawdy references to body parts, so many of his wisecracks are about language itself—about certain characters’ lack of clarity or odd ways of speaking. From Much Ado About Nothing there’s the colourful, “His words are a very fantastical banquet, just so many strange dishes.” From The Merchant of Venice, the sarcastic, “Goodly Lord, what a wit-snapper you are!” From Troilus and Cressida, the derisive, “There’s a stewed phrase indeed!” And from Hamlet, the subtle shade of “This is the very coinage of your brain.”

Indeed, it can often seem that Shakespeare—if we grant his historicity and authorship—is often writing self-deprecating notes about himself. “It is often said,” writes Fraser McAlpine at BBC America, that Shakespeare “invented a lot of what we currently call the English language…. Something like 1700 [words], all told,” which would mean that “out of every ten words,” in his plays, “one will either have been new to his audience, new to his actors, or will have been passingly familiar, but never written down before.” It’s no wonder so much of his dialogue seems to carry on a meta-commentary about the strangeness of its language.We have enough trouble understanding Shakespeare today. The question McAlpine asks is how his contemporary audiences could understand him, given that so much of his diction was “the very coinage” of his brain. Lists of words first used by Shakespeare can be found aplenty. There’s this catalog from the exhaustive multi-volume literary reference The Oxford English Dictionary, which lists such now-everyday words as “accessible,” “accommodation,” and “addiction” as making their first appearance in the plays. These “were not all invented by Shakespeare,” the list disclaims, “but the earliest citations for them in the OED” are from his work, meaning that the dictionary’s editors could find no earlier appearance in historical written sources in English.

Another shorter list links to an excerpt from Charles and Mary Cowden Clarke’s The Shakespeare Key, showing how the author, “with the right and might of a true poet… minted several words” that are now current, or “deserve” to be, such as the verb “articulate,” which we do use, and the noun “co-mart”—meaning “joint bargains”—which we could and maybe should. At ELLO, or English Language and Linguistics Online, we find a short tutorial on how Shakespeare formed new words, by borrowing them from other languages, or adapting them from other parts of speech, turning verbs into nouns, for example, or vice versa, and adding new endings to existing words.

“Whether you are ‘fashionable’ or ‘sanctimonious,’” writes National Geographic, “thank Shakespeare, who likely coined the terms.” He also apparently invented several phrases we now use in common speech, like “full circle,” “one fell swoop,” “strange bedfellows,” and “method in the madness.” (In another BBC America article, McAlpine lists 45 such phrases.) The online sources for Shakespeare’s original vocabulary are a multitude, but we should note that many of them do not meet scholarly standards. As linguists and Shakespeare experts David and Ben Crystal write in Shakespeare’s Words, “we found very little that might be classed as ‘high-quality Shakespearean lexicography’” online.

So, there are reasons to be sceptical about claims that Shakespeare is responsible for the 1700 or more words for which he’s given sole credit. (Hence the asterisk in our title.) As noted, a great many of those words already existed in different forms, and many of them may have existed as non-literary colloquialisms before he raised their profile to the Elizabethan stage. Nonetheless, it is certainly the case that the Bard coined or first used hundreds of words, writes McAlpine, “with no obvious precedent to the listener unless you were schooled in Latin or Greek.” The question, then, remains: “what on Earth did Shakespeare’s [mostly] uneducated audience make of this influx of newly-minted language into their entertainment?”

McAlpine brings those potentially stupefied Elizabethans into the present by comparing watching a Shakespeare play to watching “a three-hour long, open-air rap battle. One in which you have no idea what any of the slang means.” A good deal would go over your head, “you’d maybe get the gist, but not the full impact,” but all the same, “it would all seem terribly important and dramatic.” (Costuming, props, and staging, of course, helped a lot, and still, do.) The analogy works not only because of the amount of slang deployed in the plays, but also because of the intensity and regularity of the boasts and put-downs, which makes even more interesting one data scientist’s attempt to compare Shakespeare’s vocabulary with that of modern rappers, whose language is, just as often, the very coinage of their brains,

via Hypocrisy, Truth and Lies #repealthe8th

via Reviewing Homer’s Iliad: The Shield of Memory by Dr. Ken Atchity